Hit enter to search or ESC to close
RESOURCES » 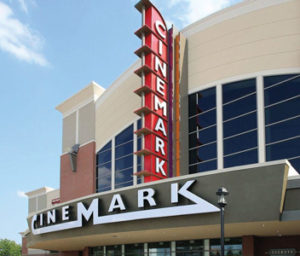 As the third largest motion picture exhibition company in the U.S. and with a major presence throughout Latin America, Cinemark has been a player to be reckoned with in the entertainment industry since its founding over 30 years ago. With 340 theatres in 41 states and 201 theatres in 15 Latin American countries, Cinemark’s stellar domestic and international success is a testament to a well-oiled operation.

But such a substantial number of theatres to operate also meant a large number of employees to oversee, making it a challenge to address theft and fraud. Stuck using a combination of decade-old video surveillance systems and in-person interrogation, the company was struggling to verify and investigate incidents — whether it was employees stealing from the registers or managers manipulating transactions in the back office. Patrick Burns, the company’s director of loss prevention, knew it was critical to surface, isolate, and investigate fraud in a much more effective way.

“When we investigated, we had to bring in a general manager and ensure confidentiality, which meant we had to do as much of the legwork as we could in advance and either pull up the video ourselves, or have the GM send the video to us, which was hard if the issue involved the GM,” Burns explains. “But even more difficult was when we didn’t have video and had to do it by paper with someone available who could interrogate the person properly. All told, it was not efficient and didn’t work well.”

As with other retail operations, movie theatres see a fair share of suspicious employee behavior. With so many POS transactions taking place per theatre, there are a multitude of opportunities for theft and fraud to occur, whether by acts of individual employees or dishonest managers trying to cover for missing funds.

“There are four primary ways employees steal: through fake refunds, deleting items from a transaction, fake couponing, or abusing pass keys to override or substitute for a money sale,” Burns says. “Though what we see may be common in retail, it’s important for loss prevention to track and find transactions that are fraudulent to be able to close a case, and we needed to pull the pieces together.”

Theatre size was also a factor. Increasing loss prevention at larger theatres was critical, since they did the most business. But any loss contributed to the whole. “A five-hundred-dollar crime to a larger theatre may not seem like much, but in a smaller theatre it’s a lot of money,” Burns says. “But no matter the level of monetary loss, we needed to bring down the percentage of fraud and theft, which was virtually the same across the board.”

To do that required careful analysis of incident data that the Loss Prevention Team didn’t always have ready or complete access to. Instead, they had to rely on managers to give them much of the information they needed — information the managers didn’t often have themselves or were actively trying to hide if they were involved in the fraud. 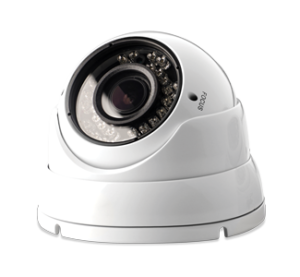 HOLDING EMPLOYEES AND MANAGERS TO ACCOUNT WITH ON-POINT VIDEO FOOTAGE

To step up loss prevention, the company knew they needed an advanced video surveillance system like Envysion’s Managed Video Solution that not only provided a quality video experience, but could alert the managers and other leaders to problematic transactions — ideally linking up the employee in question with video footage. The solution could not only speed up the process and ensure the accuracy of each investigation, but also give managers the right tools to be knowledgeable about and more accountable for what was happening in their theatres.

“Before Envysion, we didn’t have good tools in place that people could use with confidence,” Burns says. “Now, the people who use Envysion have better control and less loss. We see a direct correlation between GMs who use it regularly, find stuff, and say ‘What do we do next?’ versus those who don’t use the tool and then we have to ask, ‘Why didn’t you find this?’ There’s a significant impact on how much we find with those who use the tool and those who don’t.”

Envysion’s high-definition cameras and cloud-based platform allow Burns to quickly access footage of any POS transaction. Time-stamped video footage is available from any location, at any time, and on any internet-connected device to make it easier to quickly identify and isolate specific transactions and the employees who handled them. And Envysion’s system of alerts gives managers across the 100+ theatres where video surveillance has been installed a reliable means of notification whenever potentially fraudulent transactions do occur.

“Envysion alerts us to transactions that could qualify as concerning. We then ask managers to review those transactions to see what they find,” Burns confirms. “And if we find cases of theft through other means, we can easily cross-reference them with Envysion data to move the case forward, which is the kind of oversight we didn’t have before.”

With quality surveillance and tighter processes, fraud committed by managers and employees has been significantly reduced. “Two years ago, the average manager fraud would go on for close to a year before it would get caught, because managers can hide data. And the average employee fraud was six to nine months,” says Burns. “Now with Envysion in place, the average employee and managers fraud is down by two-thirds. We’re able to catch them much quicker, and we’re really proud of those numbers.”

And it’s not just about catching the culprits. Using video footage also helps the company avoid wrongful accusations and improve employee training. “Envysion is a tool for proving crime, but also for clearing people. We’ve had a number of cases where on paper it looks like one thing, but the cameras show the employee was just doing something wrong and not perpetrating fraud,” Burns explains. “At that point it becomes a teaching job. I can teach employees what they’re doing that’s causing the problem.”

EASE OF USE MEANS EASE OF INVESTIGATIONS

Buttoning up personnel behavior aside, Burns knows that fraud will always be an issue to some degree. But having a user-friendly tool with the ability to pull up exact footage that he can control access to within the parameters of his job makes investigating much more painless.

“For me, it’s all about controlling access so I can complete an investigation. The fewer people that know, the less likely there is going to be a leak. It was harder to contain that before,” Burns elaborates. “And with Envysion’s filtering capabilities, I can pull out all incidents at once without a lengthy search and identification process. I put in the criteria for the individual and can isolate issues quickly.”

For Burns, the proof is in the pudding, and making sure managers, employees, and leadership understand the value of Envysion is the best way to increase adoption. “I can demonstrate over and over to those who aren’t using Envysion what they’re missing. I love to show them how doing better in detecting theft and fraud translates to money,” says Burns. “Fraud is not just an LP department job. Real fraud control takes everybody in the company having a certain role in the game, especially at the store level. If they’re not doing their part, the whole game doesn’t work quite right.”

And since video surveillance is such a watertight way to surface incidents of any kind, resolutions are swift and successful. “Video changes the nature of the investigation. If I’ve got you on film, I don’t need to get you to admit to the crime. I can skip that step,” Burns explains. “We can recover a significant portion of the money stolen from us without involving the police, and Envysion video footage is the number one key component of that.”

With loss prevention now bolstered by the Envysion solution, the company can continue to install Envysion surveillance in additional theatres of different sizes. They’re also positioned to extend capabilities into risk management as well as the theatres where alcohol is served to gather better data and secure POS transactions at the bar.

“Losses can come in non-cash related ways, as well, but still represent financial impact,” Burns says. “To have a functional video solution in place is to have an answer to many of those losses and gives us the necessary tools to improve and protect our business in the future.”